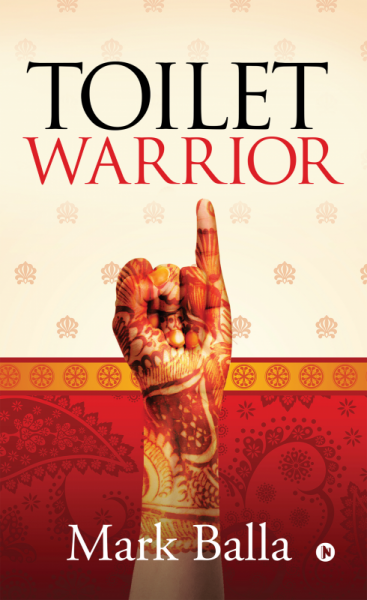 “In a gentle way, you can shake the world.”
Mahatma Gandhi –  humanitarian

I have just completed reading a book called Toilet Warrior by my friend Mark Balla. The book details how a single person can ‘make a difference’ in the world by having an inspiring vision, energy and a plan. These are also the foundations of running a successful business.

In a chance meeting on a crowded suburban train in India in 2014, Mark was invited to visit Dharavi, a slum of 1 million people living in an area of 1 square mile in Mumbai. This visit changed his life, and more importantly the lives of thousands of others.

The visit to the slum opened his eyes to a major problem that is not often recognised. He noticed that there were very few teenage girls attending school.

Not because families had forbidden girls to attend school, but because the schools had no toilets. Very few schools in India have toilets or adequate and suitable toilets for the numbers of school children. The primary reason the girls did not go to school was that when they were having their periods they were unable to change their menstrual pads. This also applies to female teachers.

In India, the implications of over 30% of girls not attending school during their periods was that over 25% dropped out when they reach puberty. The follow-on effects of under educated females both socially, culturally and economically is profound.

Mark decided to do something and set up a charity to build toilets in India with the support of Rotary International, an international service organisation whose objective is to encourage and foster the ideals of service in the community and worldwide. However, this was not straight forward and required considerable management skills and perseverance.

Defecating in the open in India with all the related hygiene issues was considered ‘the norm’. Furthermore, if public or school toilets were available they would normally be in an unfit state. Behavioural change became an obstacle. There were also safety issues as girls would wait until dark to go to the toilet and this was when they were very likely to be attacked.

When undertaking the building of the first set of toilets for a school, it became apparent that the designs were not suitable and there were not enough toilets for girls. Biology, fashion and privacy issues had not been considered. Even after the first set of toilets were built a visit 2 years later found that they were not being maintained to an acceptable standard and required a corrective action plan.

What are three leadership lessons from this?

To date, well over 40,000 children in Indian schools have been given improved educational opportunities and access to proper sanitation facilities thanks to Mark’s vision and the amazing network that is Rotary International.

I would recommend that you buy and read Mark’s book. All proceeds go to Rotary International’s WASH (water and sanitation hygiene) program.

Here is the link: https://www.toiletwarrior.net/

The underlaying message is that individuals can make a difference with vision, planning and networking.

If you are interested in more details, here is a Tedx talk delivered by Mark:

4 thoughts on “Lessons on leadership and making a difference….”